A two-day Autumn School was held as part of the Black Sea Young Ambassadors Programme on 02-03 November 2021.

To unite youth for a healthy, resilient, and sustainable future of the Black Sea, the Black Sea Young Ambassadors Programme has been launched within the scope of the EU-funded H2020 Black Sea CONNECT CSA in September 2020.

The Autumn School aimed to equip Black Sea Young Ambassadors with theoretical and practical skills that will assist them in establishing awareness-raising activities and campaigns to drive change in their communities.

The first day of the Autumn School started with the welcoming speech of Black Sea CONNECT co-coordinator Mustafa Yucel and highly motivating and informative opening remarks by Policy Officer Wendy Bonne and Communication Officer Claudia Pecoraro from the DG Research and Innovation of the European Commission, which was followed by Milen Baltov, the Black Sea Senior Officials Working Group Co-chair.

Following the opening plenary, the autumn school continued with the interventions which were directed to provide information to the Black Sea Young Ambassadors on relevant projects and raise awareness campaigns from the Black Sea and across the region. In the session, Olena Marushevska, Communication Expert of EU UNDP Project EU4EMBLAS, shared how to public involvement in protecting the Black Sea. In her insightful speech, she emphasized the necessity of using attractive, entertaining, and informative visual content to reach societies.

In a second speech of the session, Olga Mashkina, Coordinator of EU H2020 ResponSEAble, shared ways to encourage people to become more knowledgeable, make responsible decisions and change their behavior. Later in the day, she also highlighted how every action brings change to seas and oceans as coordinator of EU4Ocean Coalition.

The day continued with the contributions of two fellow young ambassadors from different Ambassador programs, which allowed interaction and cohesion among youth across the different sea basins. Inès Boujmil, BlueMed Young Ambassador, presented the CYBER LITTER – Tackling Marine Litter by Gamification campaign developed by a team of early carrier ocean professionals. European Marine Board Young Ambassador Rebecca Zitoun, gave a brief overview of the EMB, the EMB Ambassador program, and shared some tips on how to communicate effectively to drive action.

The session ended with the striking presentation of Oceanographer Derya Akkaynak from Harbor Branch Oceanographic Institution, during which she shared her research that led us to look at the oceans through windows that we had never looked at before.

At the end of the first day, the ambassadors had the opportunity to listen to Campaign Planning Principles to drive awareness, engagement & action by Rhonda Smith, Minerva for ESCI.

On the second day of autumn school, professional communication trainers from the European Science Communication Institute (ESCI) conducted a workshop with the Young Ambassadors in which they provided the necessary tools and methods for campaign planning. Young ambassadors made significant practical gains in this workshop on how to drive awareness, engage the citizens and create an impactful action.

The Autumn School, which took place online, was very fruitful in terms of practice and theory, leading to permanent and long-term gains in the activities of the Black Sea Young Ambassadors in the Black Sea. 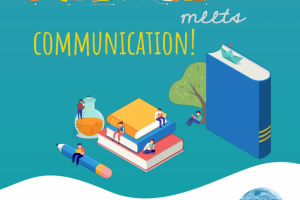 It is possible to limit or disable cookies modifying your web browser settings; however without cookies some of the website Services could not work properly or not work at all.

Cookies can be classified accordingly to the following categories:

These cookies are necessary in order to provide the website services: for example to store information provided by the user during its navigation or to handle user authentication.

These cookies store the information necessary to the website usage and for providing personalised information to users.

Third party cookies are stored by different websites with respect to the one that is currently visited. Third party cookies can be stored because of some content hosted on or Services provided by the website, but they are collected by other servers. For example, cookies can be sent to web browsers when you visualize YouTube videos, Facebook or Twitter boxes, Google Maps and similar services. These cookies can be used by those third parties for marketing and advertising purposes.
Necessary Always Enabled
Technical Cookies: These cookies are necessary in order to provide the website services: for example to store information provided by the user during its navigation or to handle user authentication. Tracking Cookies: These cookies store the information necessary to the website usage and for providing personalised information to users.
SAVE & ACCEPT